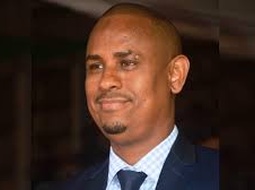 The sociopolitical realities of the times have changed and therefore there is all need for the review of ‘The Constitution of Sierra Leone, 1991’ (Act No. 6 of 1991) enacted on 1st day of July, in the year of our Lord, one thousand nine hundred and ninety-one, Honorable Chernor Ramadan Maju Bah, Caucus Leader main opposition All Peoples Congress (APC) party, Fifth Parliament of the Second Republic of Sierra Leone told Parliamentary News (PN).

Hon. Bah’s statement was predicated on the backdrop of the House’s ratification of Concession Agreement between the Government of Sierra Leone represented by the Ministry of Trade and Industry and Ministry of Finance and All Petroleum Products, SL for the rehabilitation and refurbishment of the Kissy storage tanks project,’ which he along several other Members of Parliament believed that Parliament must be involved before even the signing of these agreements, contrary to Section No. 40 (Office of the President) of the national constitution of Sierra Leone.

Section No.40.4. (d) of the Sierra Leone national constitution … “the execution of treaties, agreements or conventions in the name of Sierra Leone;” gives the President the above stated responsibility.

Hon. Bah said that under the APC government (2007-2018), there was a constitutional review process charged on the Constitutional Review Committee (CRC)  which he said was obstructed by the advent of the year  2018 general elections adding that up till now under the new government of the Sierra Leone Peoples Party (SLPP), nothing has been done to complete the review from where they left.

“I will not say that the 1991 constitution is very old but considering the fact that it is the first multi-party constitution after 1978,  it gave us the need for it to be reviewed. It was first tested in 1996 after the NPRC military government, since then, to date, we have seen many gaps in the constitution, not just Section No. 40,” Hon. Bah said.

He explained that Section No. 40 gives Executive powers to the President to enter into agreements that are brought to Parliament   for ratification, “ basically all agreement that comes to parliament are reaching the table of the house after same would have been signed – execution completed.”

Hon. Bah said: “We are saying that what we believe should have been the proper procedure, is first for parliament to discuss the draft, agree on the content and principles  and then we can mandate the Executive to  go ahead and sign. Just like we do with bills, they do the drafts and bring them but until and unless we finish with it in parliament, the President will never give them assent. That is exactly what we have been calling for among many other things.”

“We are saying that let us make laws, let us make and approve agreements before they are being signed just like we make laws before assent is given by His Excellency the President, so it is the same. We don’t want the Executive to make laws by entering into agreements, signing them before coming to parliament comes with the impression as if the laws are ready, that we should just look at, take note of and send it back. We want to have the opportunity   to interfere with the details of the agreements,” Hon. Bah said.

The APC party Leader, Hon. Bah said the current framework does not enhance rubberstamped, “ but if the law have not said that, it would have given us and the general population a better space for the general good of society.”

On the benefits that would be derived if the law of signing agreements before they are taken to parliament is reviewed, Hon. Bah said: “It will add value and be difficult for the Executive to enter into contracts  without value for money being achieved and we would have looked at all the gaps, pluses and minuses to see what is good and not good before we get it through to them for signature. It would definitely   add value.”

Hon. Bah refrained from saying that parliament is restrained under the current legal climate on the signing of agreements, adding that once there is party politics, challenges are inevitable.

Critics say the hybrid parliamentary and presidential governance system being practised in Sierra Leone with the President also being an MP, leaves limited space for accountability and probity from a parliamentary standpoint.

“The President is in parliament ceremonially not actively, he does not participate within parliament making laws. In the USA, the Vice President is the Head of Senate as well, that does not make them a hybrid, so that does not make us a hybrid either, we are suppose to be practicing total separation of powers but that is what the constitution called for and that is what we should be doing,” Hon. Bah said.

Hon. Bah commented that the notion of the president having excessive constitutional powers does not subsist because it is constitutional, adding that, “ that is why we are calling for a review of the constitution, we will look at it, if there are areas were we believe as a parliament and eventually  through a referendum by the people that certain powers are excessive, they will be looked into, but as it is now, what has been happening is what is expected within the 1991 constitution.”

During the Constitutional Review Committee  (CRC) deliberations, the issue of having a recall clause being included into the new constitution for non-performing MPs surfaced but Hon. Bah disagrees with this proposal.

“I disagree with this and I will also tell you why, MPs are voted in by their people, the only way that they could be recalled is by their constituents, those who voted them, few people should not just seat in a room and decide on their own to recall MPs. That is undemocratic and should not be tolerated,” Hon. Bah said, adding that this is not practised in any modern and civilized democracies including UK, USA or even Ghana of Kenya.

Sierra Leone’s Supreme Court is presently clogged with numerous constitutional matters that needs interpretation, Hon. Bah said it is a probable reason why he is calling for a constitutional review but not in totality.

“There are other instances when this constitution is very clear but the Supreme Court has still refused to set up or empanel judges to listen to certain applications. That has nothing to do with changing or not changing the constitution, that falls squarely within the domain of the Chief Justice to ensure that cases that are filed, brought to the court must be taken before judges,” Hon. Bah said.

Asked if he thinks partisan politics might be behind the reluctance of the Chief Justice’s failure to assign some of these cases, Hon. Bah said, “ Well, I hope not  but the perception outside  is that the judiciary is not performing  well, that is the perception. I can’t tell for now what is responsible for that but considering the complaints we have made in the past when we had one party state and the development we made between 1996 to 2018, we are shocked with the retrogression we are now seeing in the court.”

Critics of Hon. Bah’s party said that they had all the time and resources to have completed the CRC exercise. They registered displeasure over the waste of local and international taxpayers monies and resources, a frustration that was once openly expressed by the former Chairman of the CRC, the late Honorable Justice Edmond Cowan.

Hon. Bah said: “We did a lot, we went very far with the process but because of politics, those in the opposition were saying, put the constitutional review to a halt, you want to delay elections, you want to frustrate us, let us focus on the elections after the elections we will continue with the process and being a listening government then, we listened to the calls of the people, stopped the process even though we had gone that far but because they taught that going into a referendum meant attempting to delay the election from their own perspective. We had to listen to the call, focus on democracy, respecting the constitution and hold elections. We are expecting them to continue from where we stopped.”

Hon. Bah, however, noted that he believes that the constitutional review process has not yet efflux adding, “ government is continuous.”

He, however, expressed hope that the governing SLPP party will be willing to continue the process as it is something that they promised and caused a lot of noise and piled a lot of pressure on the government then.

“They must keep to their words,” Hon. Bah echoed.

“My message to the government and general citizenry is that the constitutional review is a must, people need it, it is relevant, we have identified  so many gaps in this constitution and the attempt by our government  in the past to institute a committee to look into the constitution and do a review was necessary and as everybody had  acknowledged by then, that necessity is still around, so I am encouraging this government to make sure that they continue with this process and the citizens to continue putting the necessary pressure that they could legitimately for it to be finalized,” Hon. Bah said.

Section 29 (Public Emergency) is one area that Hon. Bah said must be looked into with  the removal  of the health aspect for future cases, “we must  strengthen  our Public Health  Act and ensure that health  should no more give necessity for a state of emergency to be  declared.” He also said that the law abhorring dual citizenship should be reviewed with people being giving their rights and not to be deprived of holding certain positions, ” there might be some, where there will be some exceptions including the office of the President, Vice President, NRA, Police Chief, Police and Military, there are exceptions to certain rules. Yes, there will be exceptions but let us look at the general principles and ensure that we have a level playing field.” 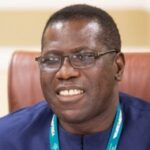 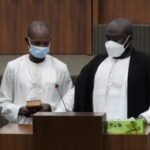