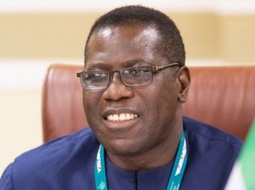 Hopefully, the Peace and Cohesion Commission will help to ameliorate the violent conflict situations in the country or even prevent them all together but at the same time we have to manage expectations of the people, I am not so sure that it will solve all of Sierra Leone’s problems but it is the starting point and it will be owned by the people, which is important, Chief Minister Government of Sierra Leone, Professor David John Francis said.

He made this call in an interview with Parliamentary News (PN) after he tabled the bill title, ‘ The Independent Commission for Peace and National Cohesion, 2020’ for introduction and first reading, second reading, committee stage in the Fifth Parliament of the Second Republic of Sierra Leone on Thursday 12th November 2020 during the eighteenth meeting of the Whole House.

The bill that has been committed to the Legislative Committee of the House for further scrutiny; seeks to have a permanent infrastructure and address for peace and national cohesion in Sierra Leone, Professor Francis said.

He told PN that he is very delighted to have tabled the bill because it brings to life the dreams and aspirations of President Julius Maada Bio.

“President Bio made this commitment on the State Opening of the First Session of the Fifth Parliament in May 2018 and that was followed by the Bintumani No. 3 National Dialogue Conference in May 2019;  so laying the bill is a historic moment in Sierra Leone in a sense that the opportunity has been given for us to lay this bill which seeks after enactment to establish the first-ever in the modern history of Sierra Leone,  an Independent Commission for Peace and National Cohesion. This reinforces the President’s audacious vision – “talk and do,” Minister Francis noted.

On the first day of the tabling of the said bill, some opposition legislators questioned the timely dispatching of the bill into their pigeonholes causing the main opposition All Peoples Congress (APC) Legislators not to lend their voices to the debate.

The late dispatch of documents to MPs has attracted outcry with legislators almost always slamming the executive arm of government for this defect.

“We are not prepared and need time to read the bill properly before participating on the debate,” Hon. Chernor Ramadan Maju Bah, APC party Leader said in the Well of Parliament.

Minister Francis, however, downplayed the procedural lapse of the Executive arm of the state in sending the bill within the stipulated two days period prior debate, adding that, “ I am very pleased that the bill was read for the first time and second time.”

“That gives the opportunity for all Members of Parliament to read so that they will engage with the process later now that it has commenced and slated for third reading and committee stage. It is really important, I am very pleased actually,” Chief Minister Francis said.

Pressed by the PN that the main opposition stayed off the first day of debate of the bill because of the late service of the bill, Prof. Francis said: “That is not what I understand from what happened in the Well of Parliament, probably you and I were listening to two different people or two different processes. I am very clear, the parliamentary process kicks in and an agreement was made that those who are not being given the opportunity to read the bill because they received it late will now have the opportunity to read it. The APC will contribute on the second day. That is the parliamentary process. This is a bill that has bipartisan support.”

Indeed on the following day, APC Legislators took to the Floor of the House to debate, they registered a plethora of reservations hovering on the composition of the Board of the Commission and the need for inclusivity of members of the civil society organizations, for example, the Women’s Forum, etc, and even political parties.

Various submissions nonetheless stressed the need for bipartisan support for the bill noting that peace and national cohesion are in the national interest.

“Peace is not about one party, it is a collective interest for everybody, so you can see that everybody is really on board for this,” Prof Francis said.

The need for a national face of the Peace and Cohesion Commission was stressed by Lawmakers (Hon. Saa Emerson Lamina, Hon. Abu Bakarr Fofanah both from Kono District) of the Coalition For Change (C4C) political party and Prof. Francis said that there cannot be any two ways about it because the outcome of the Bintumani No. 3 conference was validated across the country.

Prof. Francis said: “All the sixteen districts are involved, civil society organizations, political party groups, etc, were all involved, so the bill is really the summary of a nationwide consultation and ownership, that is important.”

Poked on his expectation from the main opposition APC who arguably boycotted the Bintumani No. 3 Peace and Dialogue Conference saying that they were not officially invited to wit the government says the contrary, Prof. Francis said the APC was represented although not all of its members attended the conference back then, adding that that the APC agreed with the communiqué of the conference. He praised the APC lawmakers for what he described as “a good support.”

“Obviously, the support here in the Well has been very good, the engagement before my arrival and with Parliament; they have been very supportive. The APC, NGC, C4C, political parties have been supportive because they believe that this is in the national interest, this transcends political party divide. I am very pleased and be rest assured that the APC will be onboard just like the other opposition political parties,” Prof. Francis said.

Asked if the establishment of the Peace and National Cohesion Commission would simmer down the ever-growing political tension and bitter rivalry especially between the APC and SLPP political parties, Prof. Francis said: “Well, we are trying to manage expectations. On one hand, there is great hope that this Commission will be established for the first time, an independent platform where people can go in and help prevent, manage, resolve conflict, make and build peace. That has not happened for a very long time this is the opportunity now that it can happen.”

Prof. Francis, however, underscored that: “Hopefully, this will help to ameliorate the violent conflict situations in the country or even prevent them all together but at the same time we have to manage expectations. I am not so sure that it will solve all of Sierra Leone’s problems but it is the starting point and it will be owned by the people, which is important.”

Prof. Francis said after the bill would have gone through parliament, there is a two-phase implementation strategy outlining that following that of parliamentary enactment and presidential assent; establishment of the Commission itself to be preceded by the appointment of the Chairman, Commissioners and Executive Secretary of the Commission.

“That will form the operationalization and implementation of the Peace Commission itself, these are the two stages, but be rest assured that we have been able to secure donor support for this but also Government of Sierra Leone support, so this will be up and running as soon as possible in the first quarter of next year (2021),” Prof. Francis said. 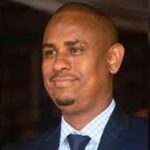