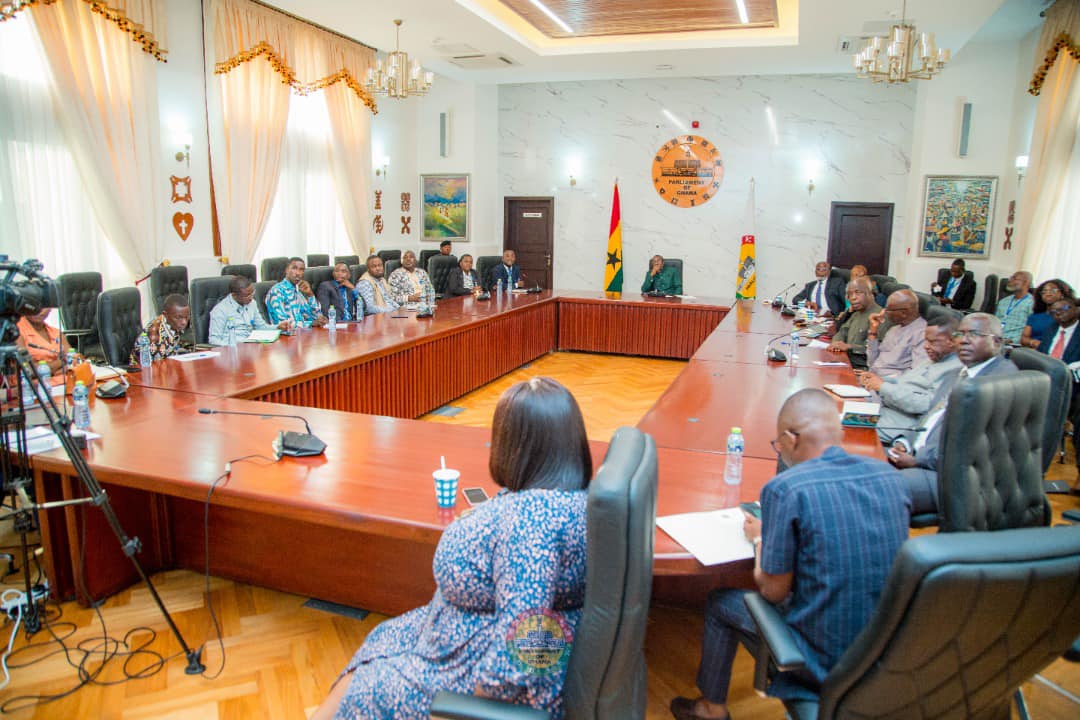 The Parliamentary Monitoring Organizations (PMO) Network in Ghana, led by the Executive Director of the Parliamentary Network Africa (PNAfrica), Sammy Obeng, has made three key recommendations to the Parliament of Ghana to help it improve on areas it fell short of in the assessment for the maiden Africa Open Parliament Index (OPI).

The group urged the Parliament to:

Ensure that Members of Parliament are brought up to speed on the Open Parliament and Open Government Agenda by intensifying education on the subject.

Take a lead role in the implementation of the Open Parliament Action Plan developed by Ghana as Part of the Open Government model.

The recommendations followed the presentation of a report of the findings of the maiden Africa OPI to the Rt. Hon. Speaker Alban Sumana Bagbin, the Leadership of Parliament and key staff of the Parliamentary Service on Thursday, November 17, 2022 at the Speaker’s conference hall in the Parliament House.

Though the Parliament of Ghana topped the chart in the maiden edition of the index as the most open Parliament in the West African sub-region, it was revealed that there were some shortcomings in the assessed areas which suggested that there was more room for improvement.

According to Sammy Obeng, the recommendations are to encourage the Ghanaian Parliament to continue to take the initiatives which will help it to maintain the top position in 2024, when the next assessment for the Index will be due.

“The next index will be published in 2024, within which period you will still be Speaker of Ghana’s Parliament. It would be problematic, if the results of the next index are not as positive as this. Because the idea behind every two years is to be able to measure whether there has been progress. So, if progress is not recorded, that would be a very big blow. And Mr. Speaker, I can tell you that your other peer parliaments have started some hard work to unseat the Ghana’s Parliament,” Mr. Obeng said.

The Rt. Hon. Speaker Bagbin who commended the Network for initiating the index, indicated that the high assessment which saw the Parliament of Ghana occupying the top position, is just a tip of the iceberg.

According to him, “a lot is being done and I think that by the time you come back in 2024 you would have seen that we would be above the 75% we are talking about. I can be sure that we will above that.

“We need to educate more of our members but the attrition rate is also high. I am happy that Civil Society is partnering us because you will have to come and you will get to know what happens in Parliament and this process you are putting in place will educate people more before they even become elected as Members of Parliament.

The Speaker admitted that, the antidote to solving the bottleneck facing Parliament is to run an open Parliament and in furtherance of that idea, he indicated that the Parliament is already in the process of establishing a radio and a TV station and plans were far advanced for that among other initiatives.

All questions relating should be brought to the attention of Mr. Clement Akoloh (Communications Officer) via email on info@parliamentafrica.com or on phone +233 244 993616