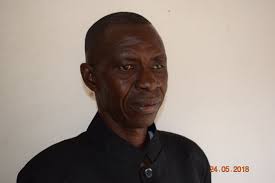 Honorable Mark Mahmoud Kalokoh of constituency 032 Bombali District, Northern province a member of the main opposition All People’s Congress party (APC) has characterised the Sierra Leone Parliament as a part and parcel of confusing things.

He made this statement during a plenary sitting on 10th January 2023 when his request of the Parliament to invite the Minister of Internal Affairs to investigate a rumour, which he described as a public concern, was referred.

During the plenary, Hon. Kalokoh made a legal standing on standing orders (S.O) 23 to inform the House about a rumour circulating about an increment in price of the Sierra Leone National Passport.

He said that the cost of the passport is rumoured, to have been increased above the normal price pegged at One Hundred United States Dollars ($100), which is required of every citizen to pay by law to satisfy the production expenditure of the passport.

He emphasized that it is a public concern that needs to be addressed. He therefore called on the leadership of the House to invite the Minister of Internal Affairs to explain the current cost of the passport and investigate the rumour because according to him the current cost is rumored to be over Two Thousand (NLE 2000) Leones and it is alarming.

Reacting to this, the deputy Leader of government business Hon. Bashiru Silikie stated that the price is pegged to a hundred United States Dollars therefore any time the dollar increases in rate the cost of the passport will increase according to the rate.

He described the information as an unverified rumour and urged Hon. Kalokoh to investigate the circulating story and make his submission.

The Speaker of the House Rt. Hon. Dr. Abass Bundu maintained that the Hon. Member should investigate the story and submit evidence before the House because according to him the House does not act on rumours.