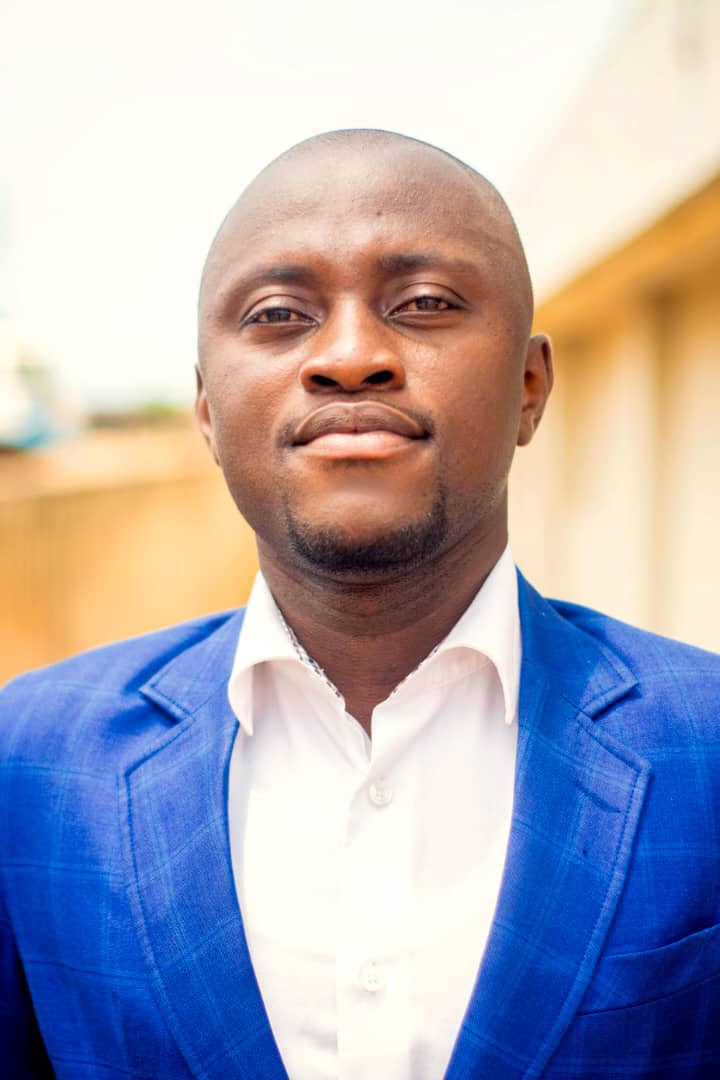 Democracies and democratic institutions in Africa are confronted with various challenges, including the opacity of many of these institutions and the resultant decline in public trust in these bodies. National and Regional legislatures on the Continent, including the Pan-African Parliament – which are supposed to be the ‘Houses of the African People’ – do not seem to be as connected to the people as was envisioned, as they are getting further removed from citizens. These have led to the loss of credibility and legitimacy in the legislature and the resultant effect of a decline in democracy. With Open Governance becoming an important global conversation, state actors, civil society and other non-state actors on the Continent are striving to make gains in this area. These include efforts by parliaments to introduce best practices for reaching and including citizens in their work.

Why an Open Parliament is Particularly Relevant to PAP
The Open Government Partnership (OGP) defines an Open Parliament as one that encourages transparency, participation, and accountability throughout the legislative process. It is an essential part of an open government, as ensuring access to legislative information and creating mechanisms for public participation and accountability are critical to building an open, trusting relationship with citizens.

As an Institution that has been set up to among other things, encourage good governance, transparency and accountability, the Pan-African Parliament (PAP) is expected to lead by example in adopting open parliament principles within its own processes and practices, including measures to improve its accountability to the Africa people. This is because the establishment of PAP is informed by a vision to provide a common platform for African peoples on the Continent and in the diaspora, and their grassroots organizations to be more involved in discussions and decision-making on the problems and challenges facing the Continent.

Strengthening the PAP, Parliaments of Regional Economic Communities and National Parliaments in parliamentary openness will effectively ensure the full participation of the African peoples in the economic development and integration of the Continent as envisioned by the PAP Protocol.

This Presentation is therefore intended to share the findings from the Africa Open Parliament Index and recommendations on how the Continental Parliament, Parliaments of Regional Economic Communities and Member States, can adopt Open Parliament principles in their work and practices in the quest to achieve their core mandates. It will further look at some mechanisms put in place by civil society Parliamentary Monitoring Organisations (PMOs) in Africa to help sustain increased collaborative dialogue with PAP and other parliaments and to foster enabling environments for PMOs to monitor the work of the Parliaments and Pan-African Parliamentarians. It is designed to explore how some Open parliament Frameworks can be operationalised at the PAP level, and explore opportunities on how the continental organ can recommend benchmarks on parliamentary openness for use by Parliaments of Member States.

Some Open Parliament Frameworks
In this Presentation, we refer the PAP to three Global Benchmarks that speak to parliamentary openness, and establishes the scope of the various components of an Open Parliament.
1. Declaration on Parliamentary Openness – Launched about a decade ago, the Declaration 2 is a call to national, sub-national and transnational legislative bodies, by civil society parliamentary monitoring organizations, for an increased commitment to openness and to citizen engagement in parliamentary work. Recognizing the need for increased collaborative dialogue with the world’s parliaments on issues of parliamentary reform, the Declaration is intended not only as a call to action, but also as a basis for dialogue between parliaments and PMOs to advance government
and parliamentary openness, and to ensure that this openness leads to greater citizen engagement, more responsive representative institutions and, ultimately, a more democratic society.

2. The Open Government Partnership (OGP) in its Open Parliament Policy Area, argues that ensuring access to parliamentary information and creating mechanisms for public participation and accountability are critical to building an open, trusting relationship with citizens. It sets forth the processes for the development of Open Parliament Action Plans through a co-creation process between parliamentary institutions and civil society organisations.

3. With the PAP recognised as an Associate Member of the Inter-Parliamentary Union (IPU), we wish to refer you also to the IPU’s Indicators for Democratic Parliaments, which comprises a set of benchmarks for democratic parliaments that align with the commitments expressed under the United Nation’s Sustainable Development Goals Targets 16.6: Develop effective, accountable and transparent institutions at all levels and 16.7: Ensure responsive, inclusive, participatory and representative decision-making at all levels, adjusted to the institution of parliament.

4 All these Frameworks reaffirm the earlier cited definition of an Open Parliament as one that encourages transparency, participation, and accountability throughout the parliamentary process. The emphasized terms in the above definition, which are – Transparency, Civic Participation and Public Accountability – are explained as follows:

Released for the first time in July 2022, the OPI 5 is a biennial assessment of the level of openness of national parliaments in Africa, the PAP and Parliaments of the various Regional Economic Communities. It is an initiative of Parliamentary Network Africa and the Africa Parliamentary Monitoring Organisations Network (APMON) intended to encourage improvements in the level of openness in the various parliaments through challenging parliaments to aspire towards improved scores in future OPIs as compared to the previous.

This Maiden Release served as a pilot project that only focused on the PAP and also ranked the various West African National Parliaments against each other. West Africa was selected for this Pilot phase because it represents over a quarter of all Member States and presents interesting diversity dynamics including language, types of parliaments, the case of measuring the OPI in countries that have experienced Coup D’états etc. It is expected to be scaled up to other Regions of Africa, yet the observations and recommendations from this pilot phase are considered useful to all parliaments across the Continent.

Observations
It was observed that despite some efforts at ensuring an Open PAP and Open Parliaments across the Continent, there still remain more room for improvement, as the regional average for Open Parliament stood at 44.59%. It was also noted that aside the Transparency Dimension, which saw many parliaments scoring more than half of the expected score, performances in the other dimensions – civic participation and public accountability – are lagging behind.

Public Accountability of Parliament produced the worst performance, as more and more parliaments, including the PAP, are not reporting regularly and in a transparent manner, as they continue to show opacity in their financials, budgets and expenditures. Additionally, Members of the PAP do not seem to account to their respective countries on their stewardship at the Continental Legislature just as is the case of Members of Parliament at the national levels not being accountable to their electorates in a satisfactory manner.

Some other specific observations worthy of note are as follows:

 The extent to which parliamentary websites – which are primary sources of information on parliaments, especially the PAP – have been improved, regularly updated with relevant information, and provides privacy protection for users, remains another area of concern.

 Although PAP in particular makes all its Plenary and Committee sittings open to the public except under special circumstances according to it Rules, closed Committee sittings seem to be the order of the day at most national parliaments, thereby denying citizens the opportunity to keep an eye on committee work which remains integral to the work of parliaments.

 The point immediately above goes to affect the level of citizens’ engagement on draft legislation and other referrals to Committees, while in the case of PAP, there is still little understanding among the people of Africa (especially civil society organisations and other interest groups) on how to engage the Parliament on issues of concern.
 One critical aspect of parliamentary openness that seems to be missing in all the parliaments assessed, in the unavailability of records of how Members of Parliaments vote, as voice votes and roll calls remain the order of the day. This deprives the public of the opportunity to ensure accountability of their Members of Parliament for their voting behavior.

 There is still very limited information available publicly about Members of Parliament and their integrity. Global best practices require that parliaments publish online, a list of all current members, biodata, photo, constituency, party affiliation, committee membership and roles in parliament, contact information, parliamentary activities and other similar data [such as electoral mandate, attendance to plenary and committee sittings, identities of personal staff and working contact information of parliamentary and constituency offices] where applicable.

 Although the following are also required of an Open Parliament – information on their administrative functioning, the structure of staff that manages and administer parliamentary processes, contact information for staff responsible for providing information to the public, hiring announcements; Parliament’s constitutional role, structure, functions, internal rules, administrative procedure and workflow, including those of Committees, many of the Parliaments assessed, including the PAP are not proactive in disclosing such information.

 Three policy documents, considered very necessary for all parliaments to have in their quest to promote openness are Transparency Policies, Codes of Conduct, and Parliamentary Oversight Models. These were found to be largely unavailable or difficult to access and assess. By adopting such explicit policies, parliaments signal a necessary commitment to transparency and openness to the people of Africa.

 Parliamentary examples of good budget transparency practices were completely missing in all parliaments assessed, including the PAP. Proactively publishing information on Parliament’s own budget, including information about their budget execution, bids and contracts were almost non-existent. These accounted for why all the parliaments assessed had very low results on the Accountability Dimension.

 In the face of shrinking civic space across the world, civil society organisations in the various countries engaged for this OPI expressed mixed reactions about the levels at which their parliaments participate in exchanges with them and the public in parliamentary processes and decision-making. This was even more profound in the case of PAP. Parliament-media engagements also remain an area that need further
improvement.

Recommendations and Conclusion
There is no doubt the OPI has served as a useful baseline that will further enhance efforts at ensuring parliamentary openness on the Continent. However, it requires deliberate commitments to ensure that Parliaments remain open and work for the people. The OPI approach of releasing an Index every two years is useful in checking whether improvements have been recorded or we are stagnating with parliamentary openness.

We recommend to the PAP, through this Committee to consider the following actions:
1. Undertake the ongoing revision of its Rules of Procedure through Open Parliament lenses. This requires ensuring that the Rules will further enhance access to the PAP and information emanating from the Parliament, ensure maximum accountability from Pan-African Parliamentarians and the PAP Institution to the people of Africa, and put citizens understanding and participation in PAP’s work at the center of everything PAP does.

3. PAP may consider developing a Benchmark on Open Parliament to be used by Member States and Regional Economic Communities Parliaments, and further leverage its relationships with these Parliaments as envisaged in Article 19 of the PAP Protocol, to ensure that Consultative Fora on the subject of Open Parliaments are held with these regional and national Parliamentary bodies.