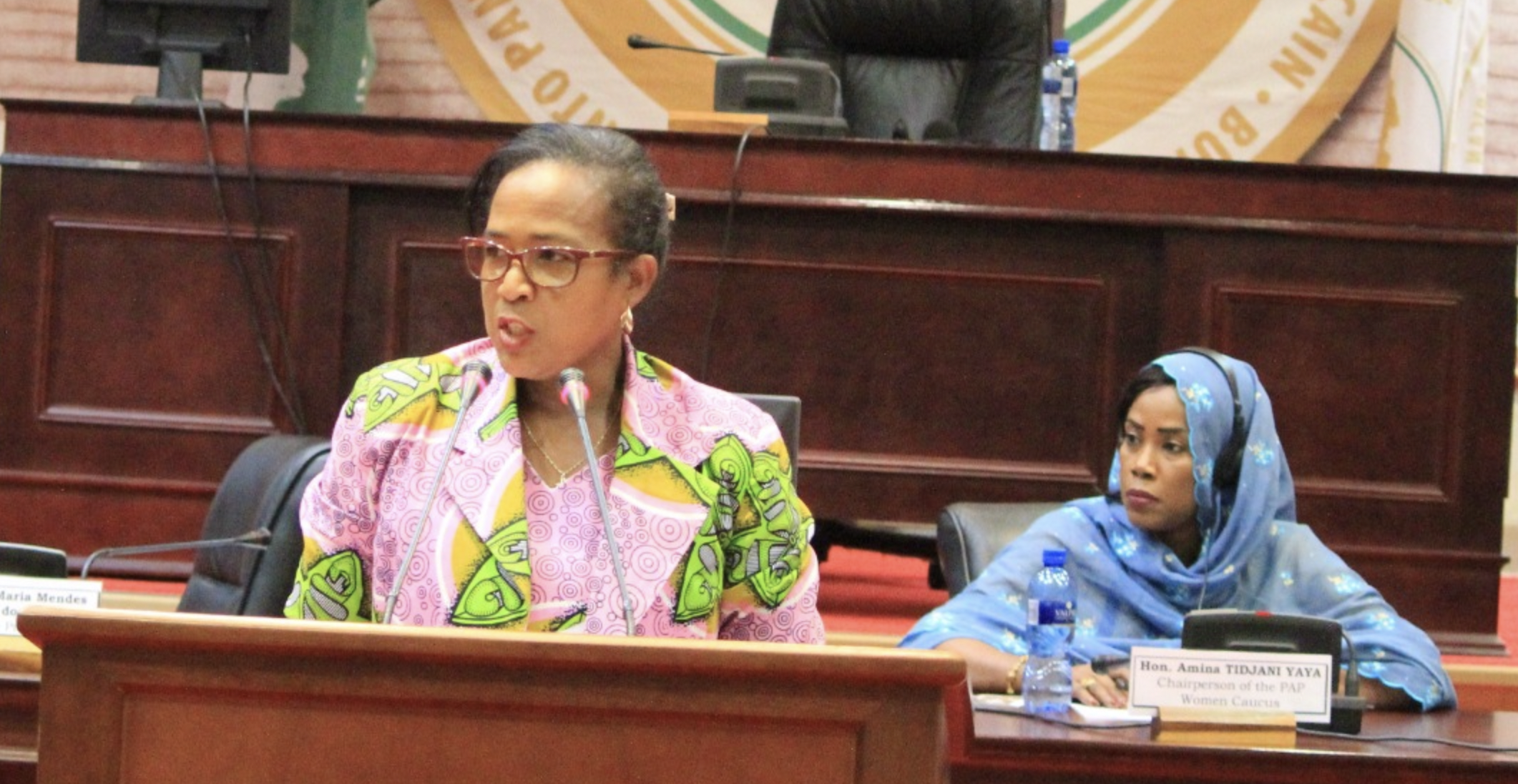 LET’S MOVE BEYOND THE RHETORICS OF WOMEN EMPOWERMENT – CHIEF CHARUMBIRA

The President of the Pan-African Parliament (PAP), His Excellency Chief Fortune Charumbira, has urged women’s groups to move beyond the rhetorics of gender empowerment and be pragmatic on the actions that need to be taken to empower women.

Speaking at the 13th Pan-African Parliament Conference on Women’s Rights, under the theme, “Women Empowerment and inclusion in Governance”, Chief Fortune Charumbira observed that the word empowerment has been abused over the years to pay lip service to the actions that needed to be taken to ensure women are included in governance and positions of power.

He noted that the inclusion of women in governance is one of the best solutions to solving corruption in Africa, adding, “Women are more responsible and accountable. They always think about the consequences of their actions and the rippling effect on their families.”

The Pan-Africa Parliament has made strides in giving women more opportunities. Out of the four Vice Presidents, two are women, also, two of the five regional caucus chairpersons are women. In addition, the PAP has established a Gender Committee and the Women Caucus, with both chaired by women.

In her opening remarks, Her Excellency Hon Lucia Dos Passos, third Vice President of the Pan-African Parliament, indicated the significant contribution of women to the economy of Africa. She noted that women have always been at the forefront of the fight for freedom and the breaking of new frontiers.

The Maputo Protocol provides amongst other things that States Parties shall combat all forms of discrimination against women through appropriate legislative, institutional, and other measures. In this regard they shall: a)  include in their national constitutions and other legislative instruments, if not already done, the principle of equality between women and men and ensure its effective application; b)  enact and effectively implement appropriate legislative or regulatory measures, including those prohibiting and curbing all forms of discrimination, particularly those harmful practices which endanger the health and general well-being of women; c) integrate a gender perspective in their policy decisions, legislation, development plans, programmes and activities and in all other spheres of life; d)  take corrective and positive action in those areas where discrimination against women in law and in fact continues to exist; e)  support the local, national, regional, and continental initiatives directed at eradicating all forms of discrimination against women.

It further states that States Parties shall commit themselves to modify the social and cultural patterns of conduct of women and men through public education, information, education, and communication strategies, with a view to achieving the elimination of harmful cultural and traditional practices and all other practices which are based on the idea of the inferiority or the superiority of either of the sexes or on stereotyped roles for women and men.

The two days conference brought together gender experts, gender-based civil society organizations, and members of the diplomatic corps. It is expected to end with recommendations for action.