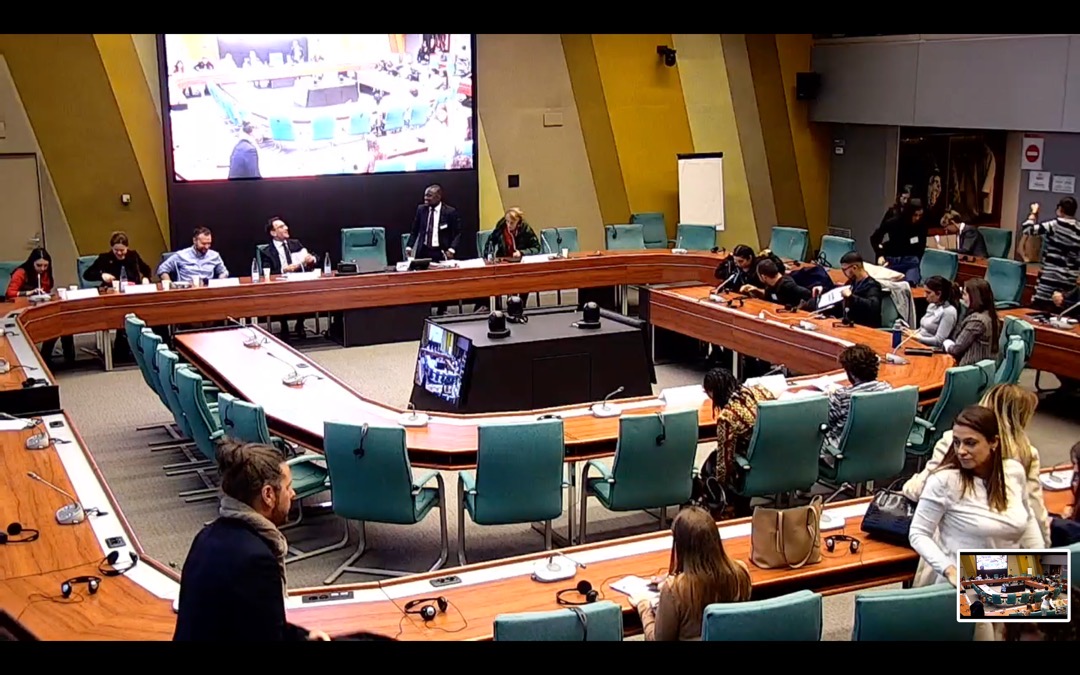 Executive Director of PNAfrica Presents at the World Forum for Democracy

In the forum, Mr Sammy Obeng, who is an expert in parliamentary development and open parliament in Africa, presented PNAfrica’s holistic initiative of advancing democracy in Africa – the “360-degree approach to Parliamentary Openness in Africa”. The initiative was selected among the 30 global initiatives to be presented at the Forum after it was selected from over 400 applications that were received by the Council of Europe.

In his presentation, he explained the 4-pronged approach that PNAfrica pursues to mitigate the problem of democratic backsliding on the continent.

The approaches included: building coalitions of civil society organisations (CSOs) and journalists reporting from parliaments; strengthening the capacity of networks through a Parliamentary Resource Hub; the Open Parliament Index (OPI); and co-creating open parliament reforms with parliaments to implement practical solutions to enhance transparency, accountability and citizens inclusion in the parliamentary process.

Each of the 30 initiatives presented at the forum stands the chance of being awarded The Council of Europe Democracy Innovation Award which will be awarded after the Forum participants have voted to choose the initiative the initiative with the highest potential of providing sustainable remedies to the challenges of democracy.

A panel composed of members of the World Forum for Democracy Secretariat will pre-select the three most convincing initiatives after all 30 organisations have presented their initiatives.

The World Forum for Democracy starts today to Wednesday at the Council of Europe in Strasbourg-France. Then on Wednesday, the final three will be represented to plenary for selection of the winner of the awards.

The World Forum for Democracy is a unique platform for political decision-makers and activists to debate solutions to key challenges for democracies worldwide. By identifying and analysing experimental initiatives and practices, the Forum highlights and encourages democracy innovations at the grassroots and their transfer on a systemic level to strengthen the foundations of democratic societies. The 10th World Forum for Democracy will revisit the results of the previous editions and assess the impact of the most promising and innovative of the initiatives presented over the last decade.

It brings together diverse voices from around the world to discuss and debate visions for the future which might successfully counteract the erosion of democratic culture and galvanise the defenders of democracy to resist dangerous polarisation and reverse the global democratic decline.

Parliamentary Network Africa (PNAfrica) is an international NGO that convenes and connects civil society parliamentary monitoring organisations across Africa, with the goal of promoting Open Parliaments on the Continent.

PNAfrica strengthen and support African legislatures to remain transparent, accountable and inclusive, and to promote citizens participation in the work of parliaments; promote access to parliamentary information through building capacity of journalists reporting from various National Assemblies; connect citizens to their national, sub-national and transnational parliaments; and convene non-state actors to understand and appreciate how parliaments work and opportunities to engage.